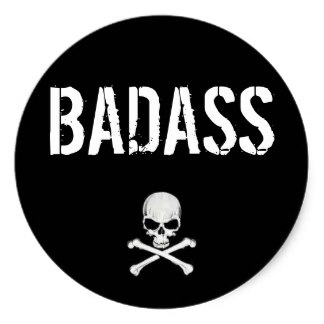 Growing up in an insane asylum isn’t necessarily all bad. Just ’cause our families were / are addicted, depraved and batshit doesn’t mean we can’t rustle up a few rainbows and unicorns, right? Here’s a few life skills I learned from being the scapegoated daughter of a deeply disturbed mother, a weak willed, enabling, alcoholic father & two sisters so ferociously fucked in the head they don’t know their asses from…… their asses.

You learn wicked culinary skills. Many ‘mothers’ with NPD are notorious slackers when it comes to providing basic necessities. Like food. She hasn’t the time to deal with petty issues like breakfast, lunch & dinner. Mine was anorexic – she didn’t need food so neither did we. Matters not that we were still growing – she was doing us  a favor by keeping us thin. So you get creative. To this day, I can take an egg, a can of vegetables, a few hotdog buns & a little sugar and whip it into five different entrées.

Count on nothing. This is narc momma’s favorite blood sport – making promises then ripping the rug out from under you.

When my sister, who’s big into numerology, turned 14 on July 7, 1977 (7/7/77) she was so excited I thought she’d burst wide open all over the place. Our mother decided to celebrate this monumental once in a lifetime occurrence by allowing our father to take Sis to a Dodger game. For weeks all my sister talked about was going to see the Dodgers. On the morning of her birthday, she was up, running around with her baseball mitt, bouncing off the walls with sheer joy until – our father showed up. Cause that’s when our mother announced “I’ve changed my mind. You’re not taking her anywhere. No Dodger game for you, Suzi Q”. Worse than that – our father didn’t even question it. He simply said “Okie Doakie.”then spent my sister’s birthday consoling our mother about how horrible we are. No reason given because there was none to give – my sister had done nothing wrong.

As my sister cried, begged, pleaded, to no avail – our mother sat there, smirking, savoring every second of her vile cruelty. So I learned to count on nothing – that way, I’m either rarely disappointed – or pleasantly surprised. It’s a win win.

Depend on nobody. When you hail from a tribe that’ll slit their own throats before treating each other with honesty, support, compassion, love, encouragement, forgiveness, empathy, fairness, respect – you learn to do without. Which means at some point you’ve gotta to figure how these things work cause in the real world? With out these things? We’re nothing more than soulless shells of toxicity.  Scapegoats are, by our very nature, loaded with compassion – we feel empathy – we have an innate sense of justice and  truth which is why we are targeted by the Narc – they possess none of these things. And it’s their nature to destroy that which they lack the capacity to understand. The harder we fight for independence, the more desperate the narc becomes in trying to thwart us. When my mother told me I was stupid, I got a degree. When she threatened to sabotage my wedding, I shacked up. When she gave me the silent treatment – I learned to enjoy the peace. When she, in yet another fit of rage, deposited my father’s cremains in a garbage bag and drove 30 miles in the middle of the night to dump it on my porch – I bought an urn.

We are totally down with ‘yo mama’ jokes. They say “Yo mama so crazy she taped a piece of paper on the TV so she could watch paperview!” and you snap back  with a witty “Yeah? Well my mama so crazy she thinks  Hamburger Helper comes with a friend!” Classic badass.

This site uses Akismet to reduce spam. Learn how your comment data is processed.